As I set out for my walk early this morning, this verse kept reverberating in my mind. I queued up my iPhone to one of my favorite Bible teachers. I hadn’t listened to him for awhile, but today this recording was also on my mind. And in the first 5 minutes …

The weapons we fight with are not the weapons of the world. On the contrary, they have divine power to demolish strongholds. We demolish arguments and every pretension that sets itself up against the knowledge of God, and we take captive every thought to make it obedient to Christ. (2 Corinthians 10:4-5)

Every action is preceded by a thought.
So what we think about is pretty important.

And if we have a promise from God, the enemy wants to keep us from thinking about that promise. Doesn’t matter if it’s a general promise or a specific promise for you personally. You and I are in engaged in a battle.

If you don’t want to end up
where your current thought is taking you,
have another thought!

As I continued my walk, I noticed where my thoughts went. And when they went contrary to where I want to go in Christ, I reached out and took that thought captive! [PLEASE NOTE: I had to do it way more often than once.]

Taking a thought captive means you replace it with another thought!
You choose to believe what The Lord has said instead!

The enemy lies to kids. He takes Early Life Experience, makes up a Lie about it, and tells a kid that is who he is. And that’s who he’ll always be. The enemy says stuff like:

You can’t get lower than lying to a kid.

Because a kid accepts a Lie as though it were Truth.

Psychiatrist Alfred Adler suggested that we spend our lives striving
to overcome the sense of inferiority created by our own fictional finalism.

Spiritually speaking, the enemy’s lies color how you see the world. If left unchallenged, these lies act as a filter for your current experience.

You automatically filter your thoughts, emotions, and behavior
in a way that confirms your core belief about yourself. That is, you …
“play it again, Sam.”
But The Lord gives you Do-Overs so you can correct your beliefs to match His!

Your current behavior is a First Clue about what you believe about yourself. For instance, when your relationship goes sideways, which of the following describe what you do? 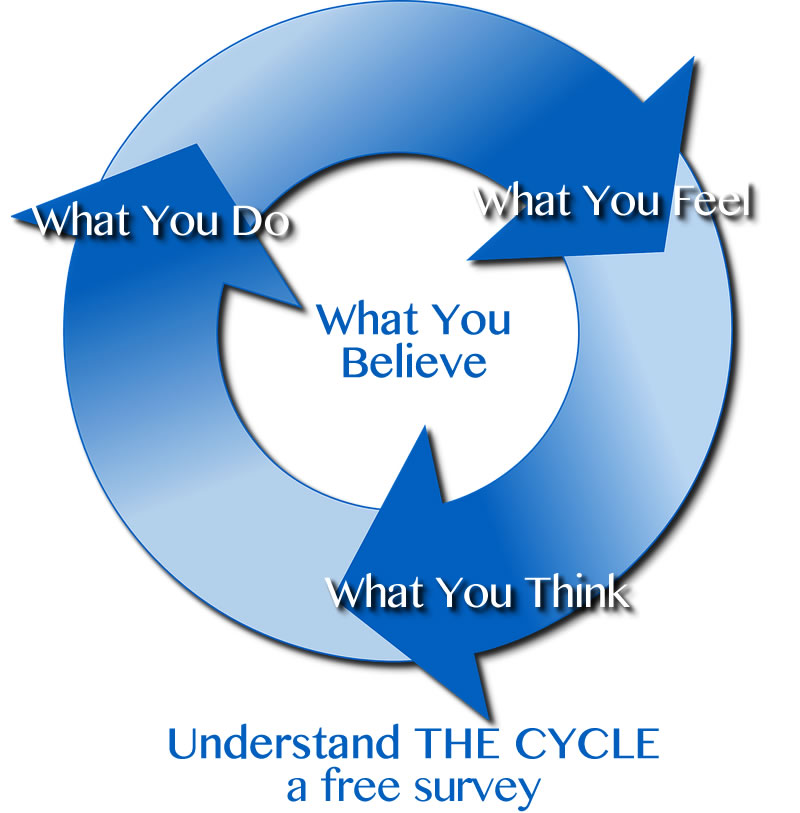 What you feel is your Second Clue to what you believe about yourself. Let’s talk about feelings next time.

Just over a year ago, I prayed the boldest prayer I’ve ever prayed. And I’ve prayed a lot of prayers. But this one was life-changing in ways I could never have imagined. And I did ask for it.

I’d just boarded a plane headed east to meet my youngest grandson for the first time. Exhausted, I opted for a silent flight. No music. No internet. Not even a book or magazine. Just my earplugs … and 4+ hours of quiet time with the Lord.

What should we talk about?

As you know from reading My Story, my life has been one challenge after another. Many of my lifelong dreams have remained just out of reach. Even now, I consider only a few of my endeavors to have been successful ones.

It was July by now, and for several months the Lord had been talking to me about establishing a Christian Couples Retreat Center. [You can read the back story here.] The ideas flooded in as fast as I could write them down. “No one is doing anything like this,” I quickly realized. “The concept is totally unique, Lord! Very romantic and exciting!”

There were just a few problems, however.

Although I certainly have the training for it, I couldn’t help but wonder. Why on earth would the Lord give such An Amazing Vision – such a unique and brilliant concept –

Seriously. No one has that kind of money these days.

But if God wants it, He certainly can make it happen. Right? But why me, Lord? What have I ever done? Yet who am I to question God’s choices for leadership in His Kingdom?

He’s picked a lot of unlikely candidates to advance the Kingdom throughout history.

So why NOT Dr. Debi (an old dudette)? “Ok, Lord,” I prayed on the plane that day. “I’ve been reminding You of how old I am, and You keep ignoring me.

“Your idea for this Christian Couples Retreat Center is so far beyond anything I’ve ever done. So – assuming You really want me to do this – You’re going to have to put me on The Fast Track.”

“I know I’ve played it safe all my life. But from here on out, you call the shots, Papa. All of them. Let’s make the Second Half of My Life a Real Adventure! You write the script. I’ll follow Your direction and do whatever You ask of me. Whatever You ask.”

At the time, “The Fast Track” I had in mind meant He’d have to start teaching me a ton-at-a-time about how to run the multi-dimensional business that He’d shown me.

Nope. Not even close.

What He’s done is put me on His Fast Track. He’s challenging me like I’d never imagined possible. And refining me in ways I didn’t know I needed to be refined. Here are just a few things I’m learning at a deeper level … so far.

Is this a new thing? I suspect it’s something He’s had planned all along.

I’ve always wanted to make a difference. And that was my goal when I began college as a single mom [and later, graduate school]. I wanted to help at least one person live a better life. But was that a new thought for me at age 40?

No, indeed. I recently recalled a time in junior high school. Yes, that’s when it was. Though I don’t remember the specific context, I’m sure it was during my Youth Group. The passion of it all – still fresh on my mind today – as I eagerly responded – even as Isaiah did – to the voice of the Lord. And I don’t think He’s ever forgotten it either.

QUESTIONS: What Passionate Pursuit have you had on hold? How long has Your Dream been waiting for you? And what would it take to get you going again?