We can’t stop communicating … for one simple reason! According to Communications Experts, 93% of our communication is nonverbal. Your parents told you that a long time ago when they said: “Actions speak louder than words.” 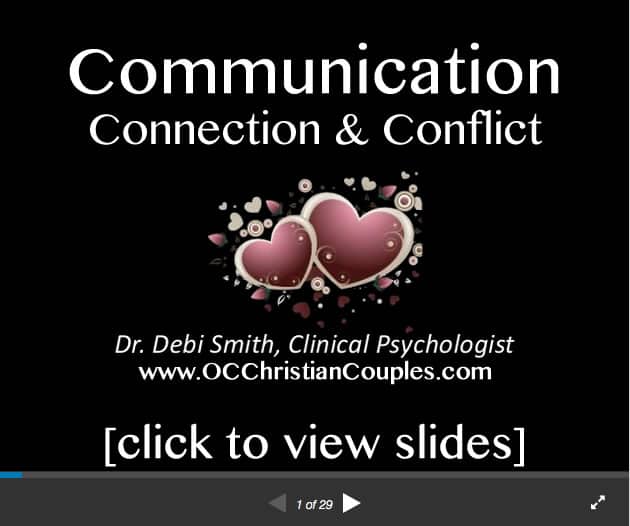 Nicole’s Point of View: Sean was a quiet guy. And that was one of the things that Nicole found irresistibly attractive. But after they’d been dating for awhile, she wanted more from him. During a silence, Nicole would ask him what he was thinking.

He never gave her a satisfactory answer.

Then she began begging him to talk to her. He was hesitant at first. But at her encouragement, he began to open up. He offered up two or three sentences. Then Nicole got excited about getting closer. In her enthusiasm, she’d try to get more information from him.

Then all of a sudden — at least it seemed to be sudden — Sean quit sharing. He was more withdrawn than ever, and Nicole was really confused. She kept asking him what was wrong. And he kept refusing to talk about it.

Sean’s Point of View: He had a very different experience of their relationship. He really liked Nicole. When they first met he loved her energy — and her chatter. She was always ready to fill the silence, so he didn’t have to worry about what to say.

After they’d been together for awhile, he wanted to tell her more about himself. But he felt like he could hardly get a word in edgewise. Nicole kept telling him she wanted to know what he was thinking. But it didn’t seem like that to Sean. As soon as he would get a word out, Nicole would begin her critique.

Nothing he said was right.
It seemed like everything he said set her off in one way or another.
So he gave up.

He began dreading their time together. And started to think about breaking up.

SAVE YOUR SPOT NOW