Do you wish you were married to a different man? Or could change the one you have? You’ve probably heard the saying that when a man marries a woman he’s hoping she’ll never change, whereas a woman marries a man hoping that he will. It’s actually more than a hope for her. He may actually be her Main Project.

But men are not projects. They are people.

I don’t like to be the bearer of bad tidings, ladies, but God only created one perfect man thus far. And he’s required nearly six decades to refine!

On the Bright Side, however, if the Lord is doing such a great job on this one, I believe He can do the same with your guy! Your man can be so much more, and you can actually help him become Your Fearless Leader in the Dance of Romance!

Simply put, it’s a woman’s job to love her man and pray for him. It’s God’s job to make him grow … and according to His plan, not hers. PROVERBS 3:5

Your man wants to be your Leader in the Dance of Romance … to protect you and to guide you and to hold you … to choreograph the Dance to maximize your pleasure in being with him.

You can learn what works … and unlearn what doesn’t!

NOTE: This article is available in audio! Click here to listen now.

Are you feeling anxious and frustrated? Most couples who seek help are. 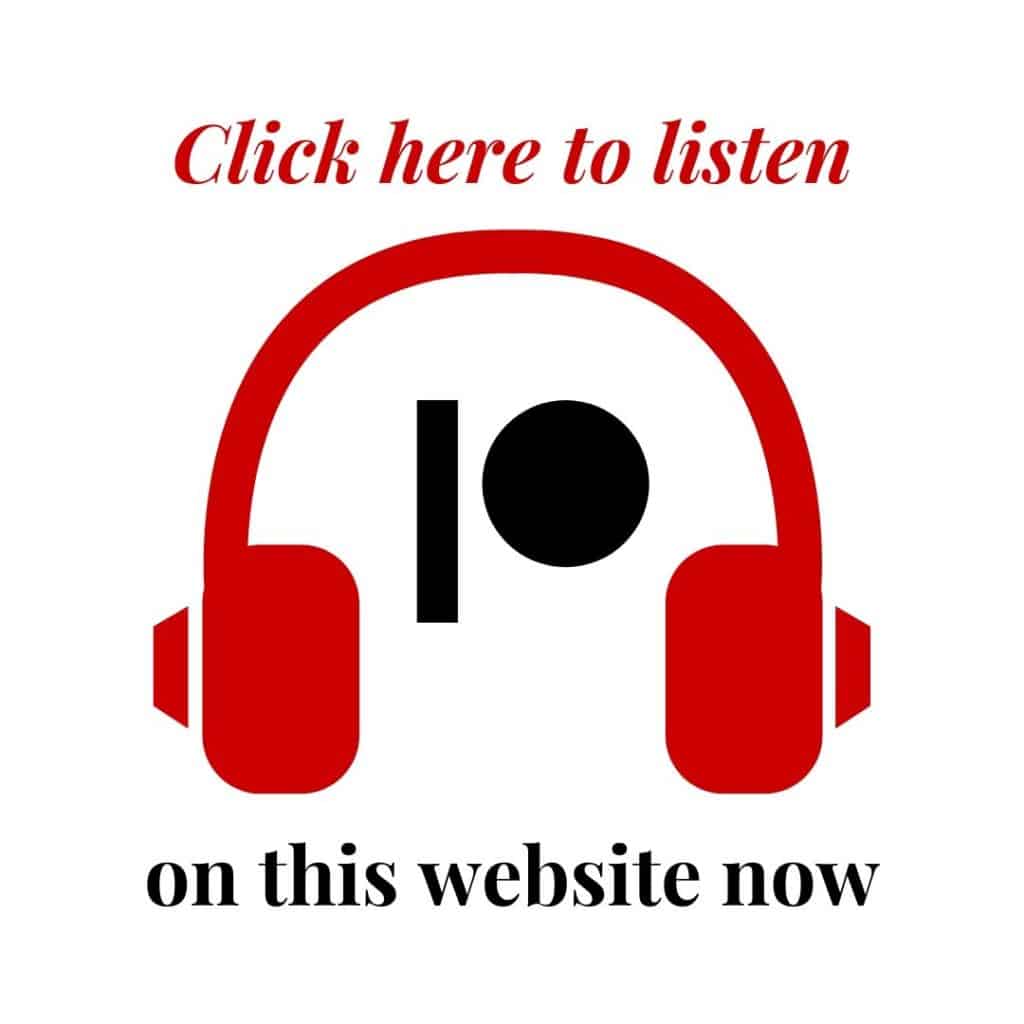 A few years ago, a young couple came into my office for their first session of marriage counseling, and right away I could tell that the husband didn’t want to be there. He took one look at me, and by the expression on his face, I could just imagine what he was thinking.

“Great. Just great. Our last therapist was a man, and he seemed pretty good, but my wife didn’t think he was helpful. So now we’re going to talk to a female counselor? Oh, brother! Here we go again. Only this time, I’m going to get it in stereo. Ok, suck it up, buddy, and get ready to go three rounds with not one, but two women hammering away at you for the next 45 minutes. And at the end of it, you get to write the woman a check. I’m such a lucky guy.”

His wife appeared a little anxious – and a lot frustrated. She began with a very intense explanation, even before they were seated.

“He never talks to me. In fact, all I get is the cold shoulder. Whenever I try to discuss an issue, he tunes me out! He just sits there, staring at the TV. Sometimes he gets up and storms out of the room … without saying a word! He’s just so insensitive. I don’t see how this marriage will ever work if he’s not willing to talk about things. I’m ready to give up. I’ve tried everything I can think of to get him involved with the family. How can he not care about his own wife and family?”

I listened patiently to her lament, and out of the corner of my eye, I could see her husband slowly sinking into his end of the sofa.

I nodded understandingly at his wife, then said, “I can see how hard you’re working at this – trying to make your marriage work – and how distressed you are. This is really, really hard for you.”

Anticipating my alliance, she sat up straighter and listened intently as I joined her in her frustration.

“Being in a painful relationship is incredibly difficult, I know. And you know what else? … We’ve actually been lied to.”

Her husband continued to sink a bit deeper, while a slight smile stole across his wife’s face as she waited for more confirmation of what she thought she already knew – that she was right, and he was wrong.

“Yes,” I continued. “We’ve been lied to. We’ve been led to believe that men are insensitive jerks. That they’re not in touch with their emotions – if they even have any. That they just don’t get it. It’s like the elevator doesn’t stop on that floor. But the truth is … men are actually more sensitive than women.”

The wife tipped her head sideways, like a bright-eyed cocker spaniel who couldn’t believe her ears. I imagined she thought, “What? This can’t be right! This woman is not going to be helpful. She obviously doesn’t know anything about men!”

ating her confusion, I supported my statement with some research findings, and she appeared to be a little bit more interested. I imagined she was thinking, “Well, maybe she does know a little something about men. Maybe she can fix my husband … or at least get him to talk to me!”

At the other end of the sofa, her husband seemed to breathe a sigh of relief, sat up a little straighter, and almost smiled. If he had been more verbally inclined at that point, he might have said something like,

“Hey, this woman gets us guys. This therapy stuff might actually work this time. Thank you, Lord! … I just hope my wife pays real close attention.”

from Ephesians 5 Romance
The Truth About Love

And misunderstanding is based on misinformation.
I’m here to help you clear up the confusion. 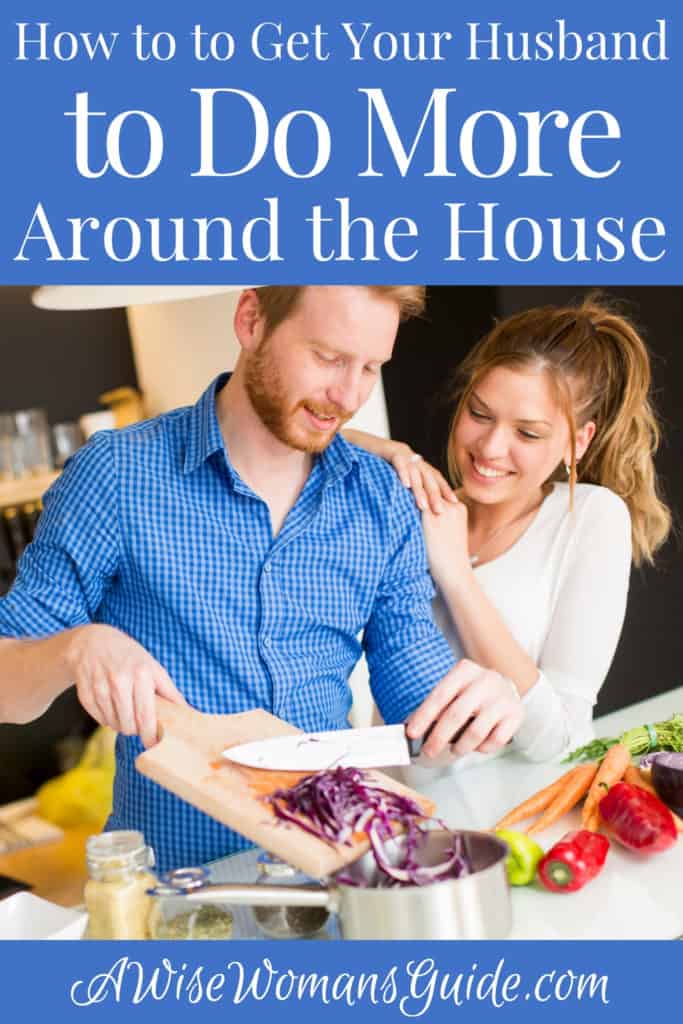 Have you ever wondered how to get your husband to do more around the house? It’s the number one thing women say they want from their man. So why are we so unsuccessful at eliciting his help? Because we miss the most important factor!

I recently read an impassioned post on Instagram. This lovely young woman had been away at work all day only to come home to chaos.

Her advice to women is that they don’t have to do everything perfectly. But it was clear she’d been trying really hard to do just that.

What is the One Thing she could have done that would have made all the difference for her and for her family?

Honestly, as an expert in male psychology, I wasn’t the least bit surprised when she stated, “… then my husband said in the middle of the chaos he was going to the gym.” Men hate confrontation … and women’s angry expectations that men support them in the madness to make everything perfect.

And her husband wants to be her priority as well. Not treated like an employee … or worse yet … one of the kids who needs to get in line with the program.

How to Get Your Husband to Do More Around the House?

Learn how to make him your priority without losing yourself!
A Wise Woman’s Guide to Life & Love by Dr. Debi Smith