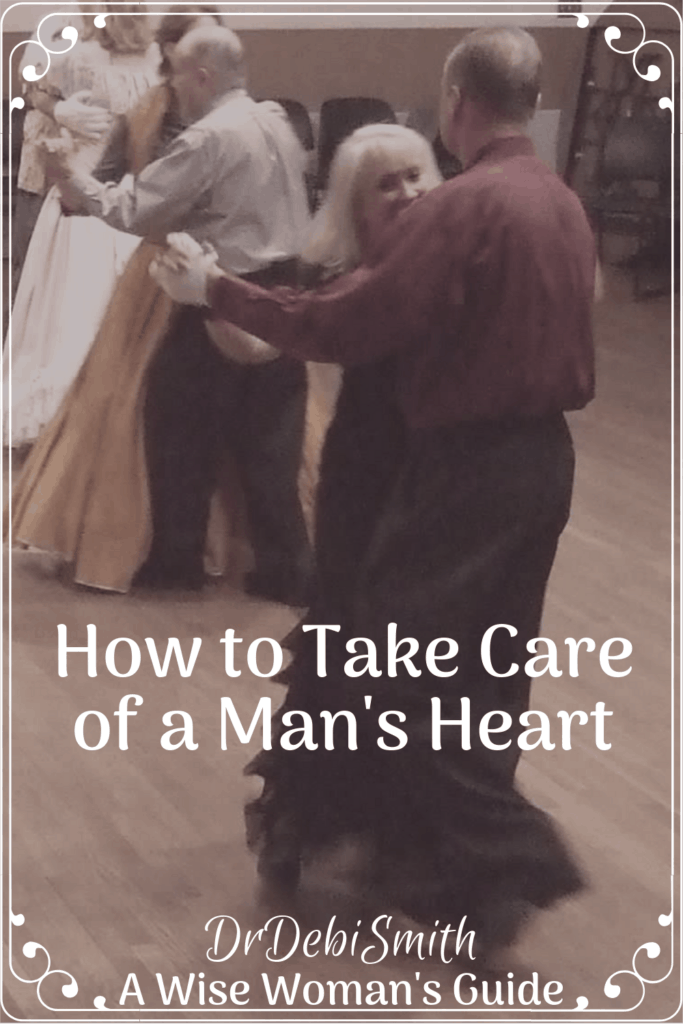 I love to see a woman who knows how to love her man. She knows he’s sensitive to her. And she uses that knowledge to build him up.

Consequently, she responds lovingly to the man that God created him to be. Affirming both who he is – as well as who he is is becoming.

How does she do it? A Queen gives her King something he cannot get anywhere else. She nurtures his heart. Something every man needs. Daily.

For example, these women know their men well.

A few years ago, I had the opportunity to attend a meeting led by a man whose teachings had greatly impacted my life. At the end of his presentation, I walked up to thank him for what he had done in accelerating my own spiritual growth.

Within moments, his wife was by his side. As she snuggled his arm with great affection, I gave her a quick, one-sentence summary of what I’d been saying to her husband.

The man had been friendly & cordial up to that point. But he was obviously exhausted.

However, at the sound of her voice, his face broke into the one of the most joyous smiles I’d ever seen on a man. Her actions & her words were a mirror reflecting how God saw him.

Suddenly he just couldn’t help himself
because he was basking in her reflection of him.

Although he was a gifted speaker, he was an introvert. She was an extrovert. And I had the distinct impression she was rescuing him. I could see how tired he was. But she could feel it.

Theresa knows How to Take Care of a Man’s Heart

Just this morning, I was watching a video on YouTube. Different guy. One I’d not heard speak before. He asked his wife to come up & pray before he began. As soon as she began to pray, her enthusiasm for the Lord made him smile.

Most importantly, she then touched her husband’s shoulder & continued, “And, Lord, this amazing, handsome, talented, kind, wonderful,” [paused with her hand on his back and head briefly on his shoulder] “man. God, we just pray, Lord, all of what you have to bring through him. God, we just say yes to that, too.”

As a result, his face lit up like a little boy’s on Christmas morning.
One who’d suddenly discovered exactly what wanted under the Tree.

Cherie knows How to Take Care of a Man’s Heart

Both of these women understood their own man.

In conclusion, you can’t love & encourage your man if you don’t take time to get to know his heart at the deepest level possible. It begins with listening closely.

Get Your Free 20-Page EBook